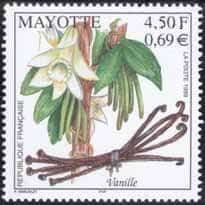 I do a lot of baking with my kids and was fired up to come across Ina Garten’s steps for making homemade vanilla extract in The Barefoot Contessa Cookbook.
I had to give it a whirl!

The recipe calls for letting vanilla beans ferment in vodka. The Contessa uses a dozen vanilla beans in a tall bottle, but alas, this girl could only afford 2 little old vanilla beans in which to conduct my experiment (if you want the details about whether this is cost-efficient or not, see the breakdown below!)

The ingredients….
The Contessa does not specify what kind of vanilla beans or vodka she uses. I did some research and discovered there are four kinds of beans used for vanilla extract as well as different kinds of alcohol. As the taste of a cocktail is greatly influenced by the grade of alcohol you use, your extract will also taste better if you use quality alcohol. You may want to experiment with different combinations of beans and alcohols to see what you like the best.

Beans
Madagascar (you might see this kind of extract labeled as “Madagascar Bourbon”)
The majority of vanilla extracts on the market are made from this kind of bean.
Indonesian
Mexican
Tahitian

Alcohols
The higher-proof the alchol, the stronger the extract will be. These different alcohols will vastly differ the taste of your end-product!
Vodka
Tequila
Brandy

Is it worth it to make your own vanilla extract?
I bought Nielsen-Massey beans, 2 beans for $7.49, at our favorite local grocery store (of course that’s Roche Bros. for my MA friends!). You can find these same beans at Sur la Table. Other brands can be purchased on Amazon.com, about $7.24 for 5. Also, check out http://www.beanilla.com/ for their beans.
I used Absolut vodka, which we have in our liquor cabinet but don’t use for cocktails (we’re a Ketel One or Grey Goose crowd). Absolut is considered a mid-grade vodka (vs. premium) and has a decent flavor. Absolut is approximately $20/750 ml which equates to $6.40 per cup. This means for my experiment using 1/2 cup vodka and 2 vanilla beans, the total cost was $10.69 for a half cup (4 oz.)

Now, $10.69 seems like a lot for 4 ounces of vanilla extract – however – good quality pure vanilla extract is expensive to purchase! A premium vanilla extract that is sold at Sur la Table and other high-end baker-supply stores, Nielsen-Massey, costs $34.95/8oz ($17.48/4oz). Based on reviews I’ve read this extract has an excellent taste.

The pure vanilla extract that I have used for years is the McCormick brand: $10.70/4 oz. After doing a little taste test with the McCormick extract vs. my homemade extract – WOW! I couldn’t believe the difference in taste. The McCormick was actually VILE to taste on the tip of my finger, whereas the homemade stuff is so delicious you might consider pouring it into a martini glass right then and there.
(My co-conspirator-friend B and I nearly did this very thing but restrained ourselves for the sake of the experiment. )

In addition to the homemade version tasting better than a comparably-priced vanilla extract, I can re-use the beans for up to 3 years and therefore just incur the expense of replacing the vodka so
it is, in fact, less expensive to make your own AND it tastes better! 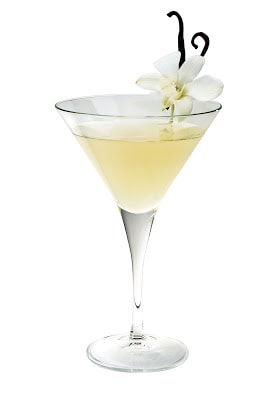 If you’d like to pop open your fermenting bottle of vanilla-infused vodka after two weeks and make a cocktail, by all means do so! You can always replace the vodka and let the fermentation continue for your vanilla extract. I’m not even a martini fan, but throughout the fermentation process I did taste tests with the tip of my finger and I’d have to say it was QUITE delicious after only a week or two. I haven’t tried this recipe for Vanilla Martinis from foodnetwork.com but it looks yummy, especially if you use your homemade vanilla vodka!
I might have to make a batch of these for a girl’s night out!

Later this week I’ll show you how I made bottles of vanilla extract with my kids and wrapped them up as Mother’s Day gifts for my mother and mother-in-law
(shhh, don’t tell them)!