Okay my friends, the quick tip I present to you today is not that flashy, but it’s such a good one to know! My brother showed me this trick years ago and the first time I saw him do it to a wall of my house I was horrified, only to find out it really is the best way! 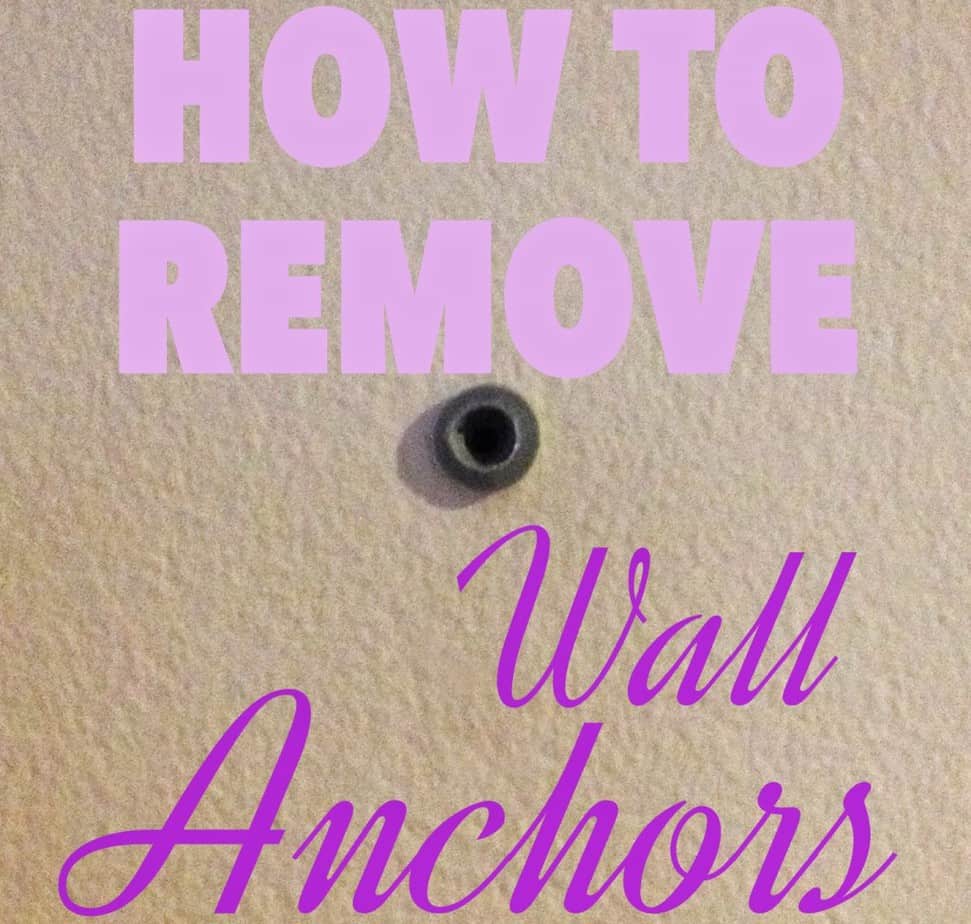 Have you ever tried to remove an anchor from a wall so you could fill the hole?
A wall anchor spreads out behind the wall, so removing one can leave a huge mess of a hole behind,
but if you just leave the anchor and fill the hole, the anchor is still visible.
Oh the headaches of the homeowner.
So here is my tip for you:
instead of trying to pull the anchor out of the wall,
just knock it into the wall.
You will need a hammer and a flat head screwdriver.
1 |  Remove screw if there is one in the anchor.
2 |  If the anchor is not entirely flush with the wall (protruding a bit like the photo above), put the handle end of the screwdriver up to the anchor and gently hit the flat head of the screwdriver with the hammer, pushing the anchor in so it is flush. 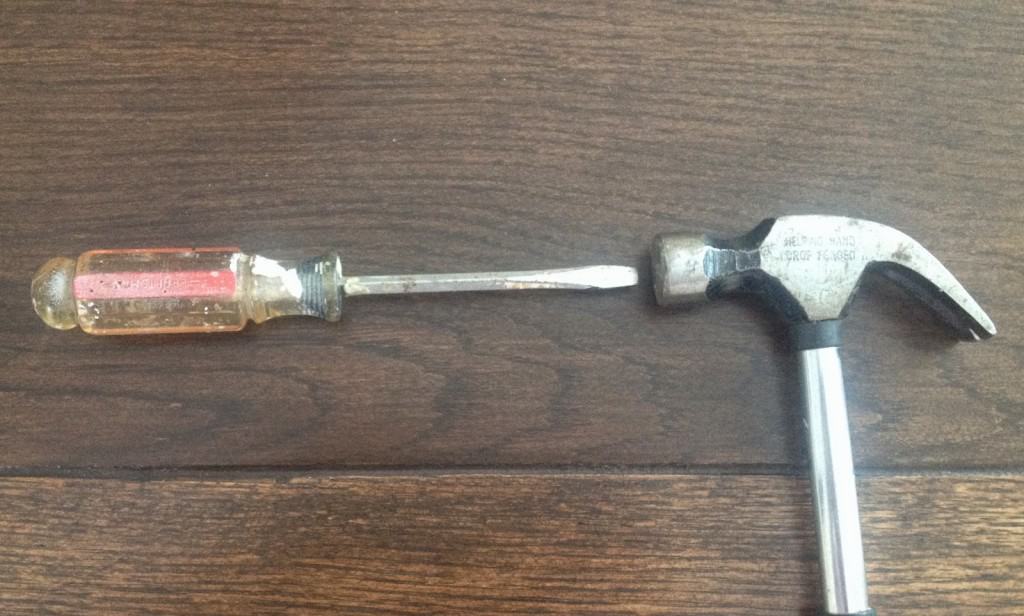 3 | Turn the screwdriver around, place the flat head against the anchor, and gently hit the handle with the hammer, driving the anchor through the dry wall. 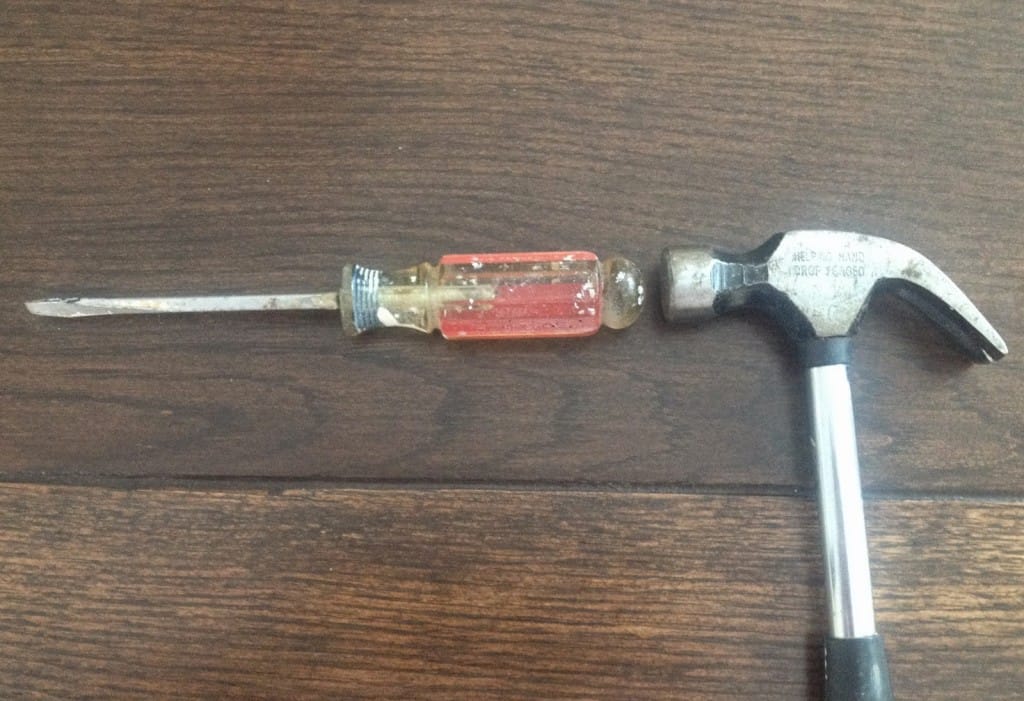 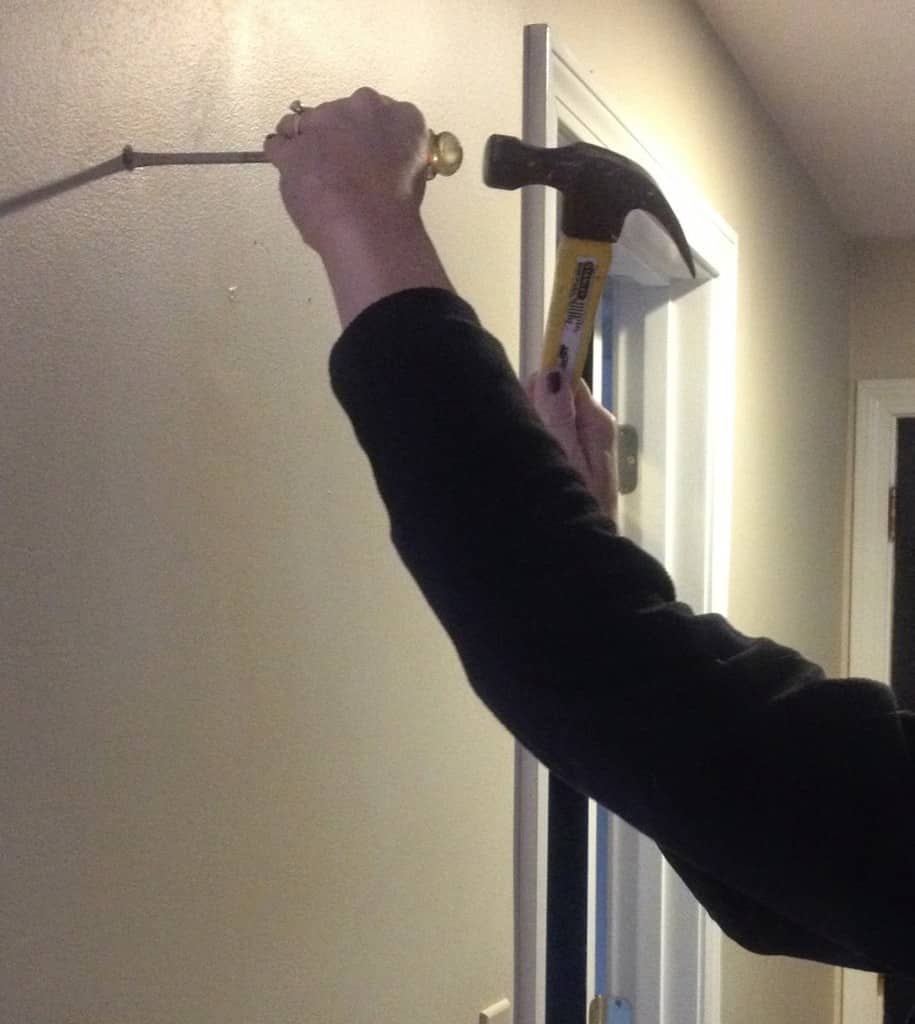 The anchor will fall down between the wall and the studs and then you are left with a small hole to fill instead of a big gash. 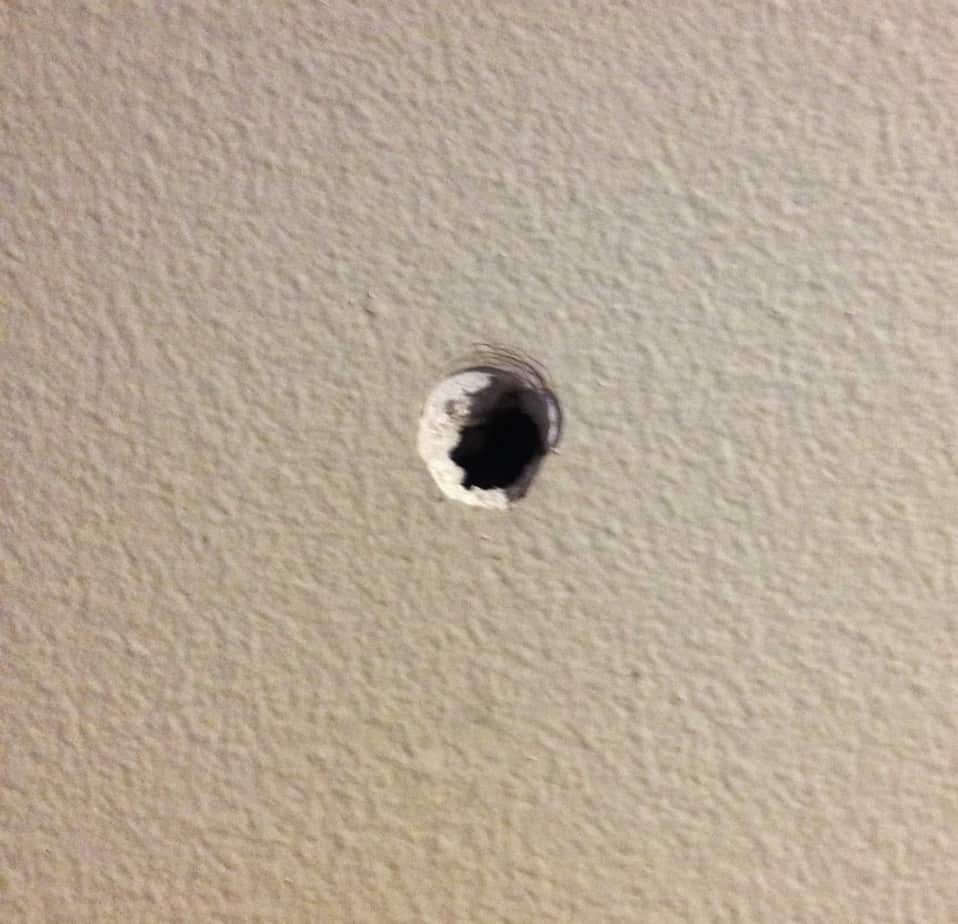 4 |  Fill the hole with spackling
(this is the one I use (affiliate link) – it turns from pink to white when it is ready to be sanded.) 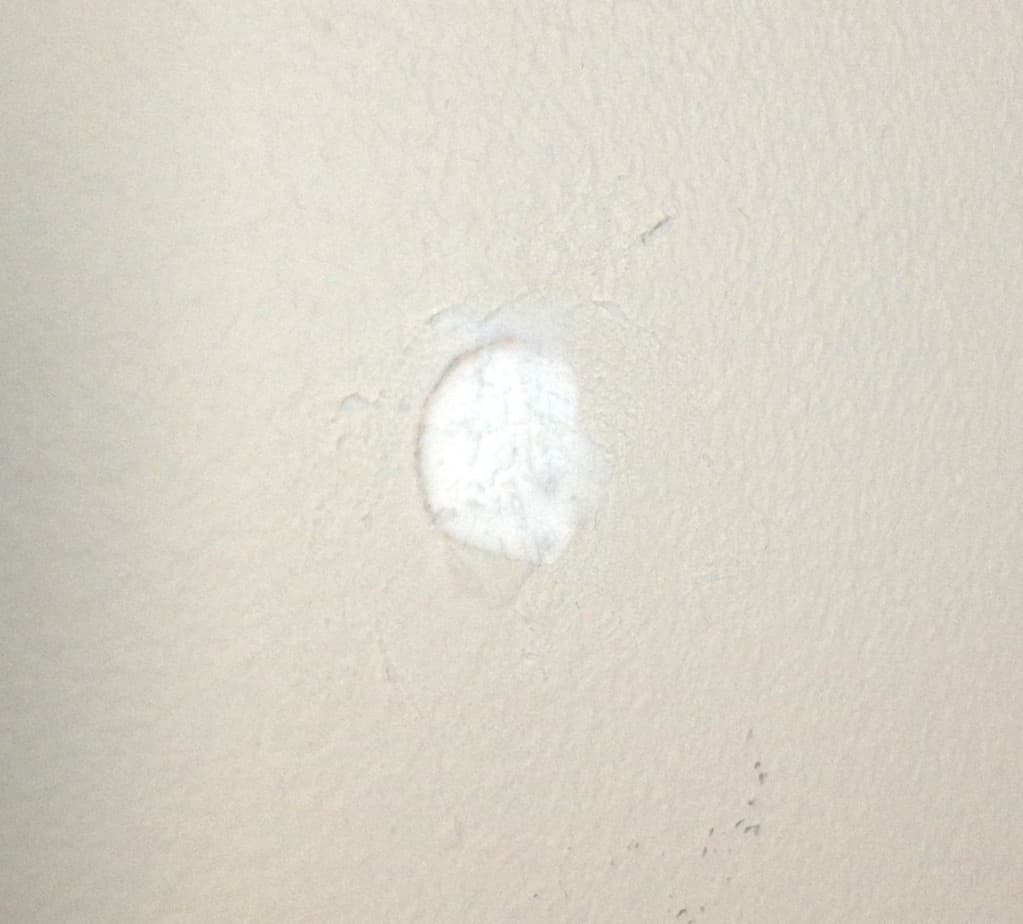 5 | Sand, paint and voila! No more anchor or hole!