I’m almost embarrassed to tell you that when my car key remote stopped working, my way of troubleshooting was to 1//  not do anything about it for a year and then 2//  call the car dealership to see what they could do. Their answer? Replace the remote for $200. Yes, $200!!!!!

Well guess what? The very smart man I married suggested there was probably a dead battery inside the remote, so I pulled it apart and lo and behold, that’s all that was the problem, fixed with a $6 battery.  (I couldn’t find this particular battery at my local grocery store or Walgreens, but Radio Shack had them.)

I think I’m resourceful but I never once considered how the little remote operated.

It’s kind of a no-brainer – just open up the remote and replace the battery as you would the TV remote or anything else that takes a battery. Jeesh! Why didn’t I think of this before?

And now, because I know you’ve been missing my pretty countertops, a visual tutorial. 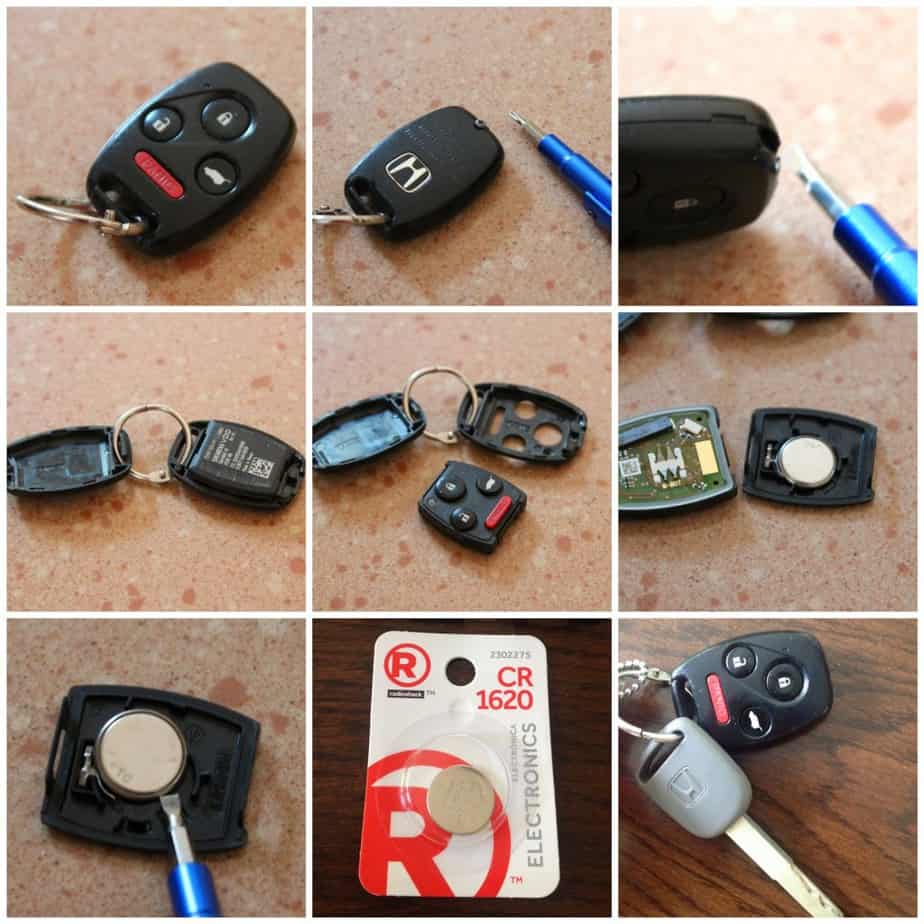